A few months ago I created a survey asking “Where’s your favorite dinner spot in San Luis Obispo?” An overwhelming answered “Koberl At Blue”. I had been to Blue twice before, both cocktail only events. According to the people survied, I was really missing something divine. A few nights ago my friends and I went to Blue and had a very enjoyable meal. 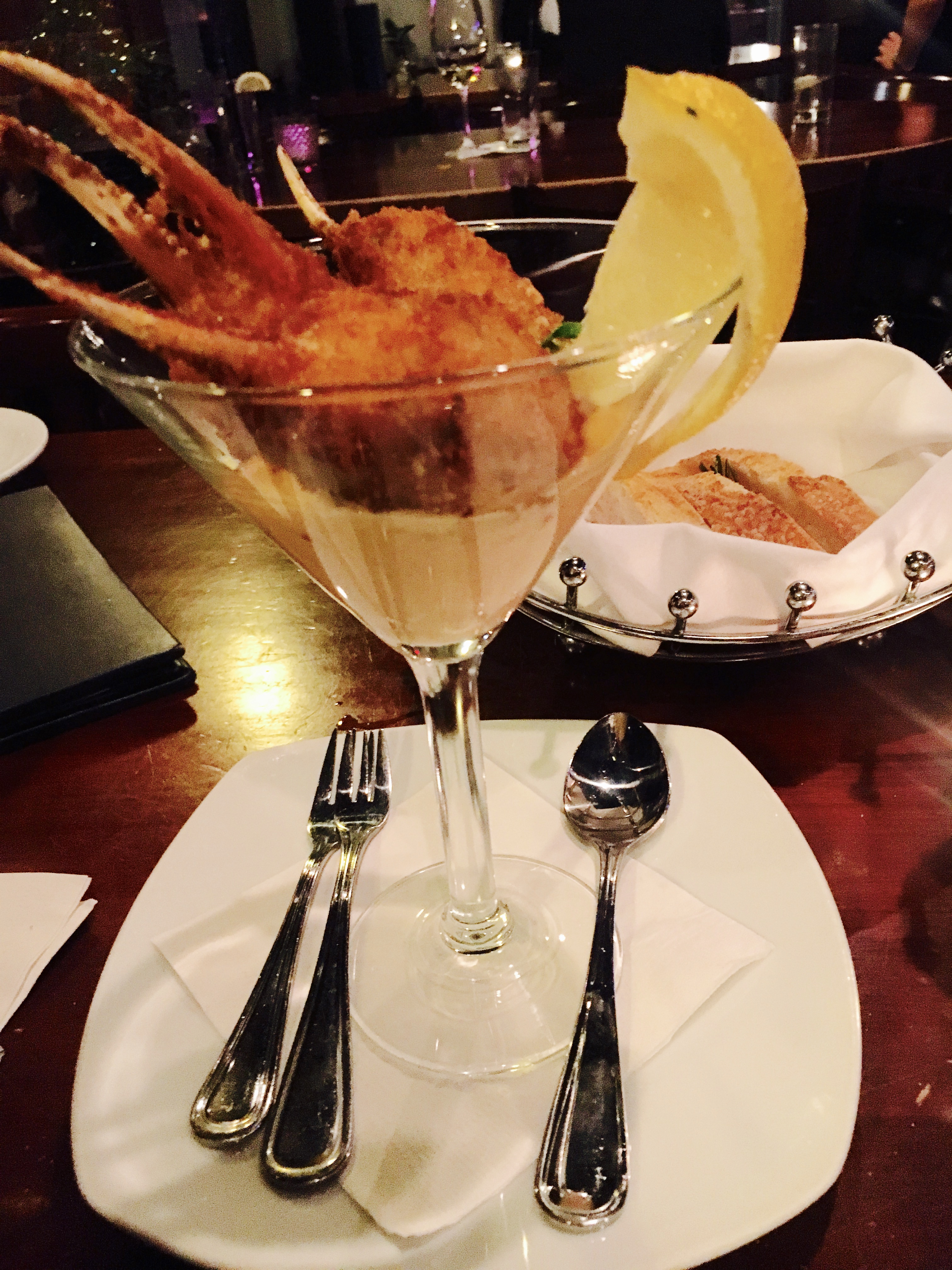 I’m a server by night, and good service means the world to me. Blue didn’t disappoint. Our server Christian was gregarious, knowledgable and attentive; we never waited for a perfectly made cocktail! We started with “Blinkers” pictured in the main photo, a delicious cocktail… what exactly were in them, I can’t say for certain. I’ve ascertained they are served with a memory erasing agent.

We ordered the Crispy Snow Crab “Chinois”, large, breaded and baked crab claws stuffed with ginger, garlic and cilantro. I’ve never met anything fried I did not like, and these sweet and meaty claws were right up there with the yummiest! There were a few claws in the giant martini glass, enough to share between three of us. Highly recommended these succulent bites. 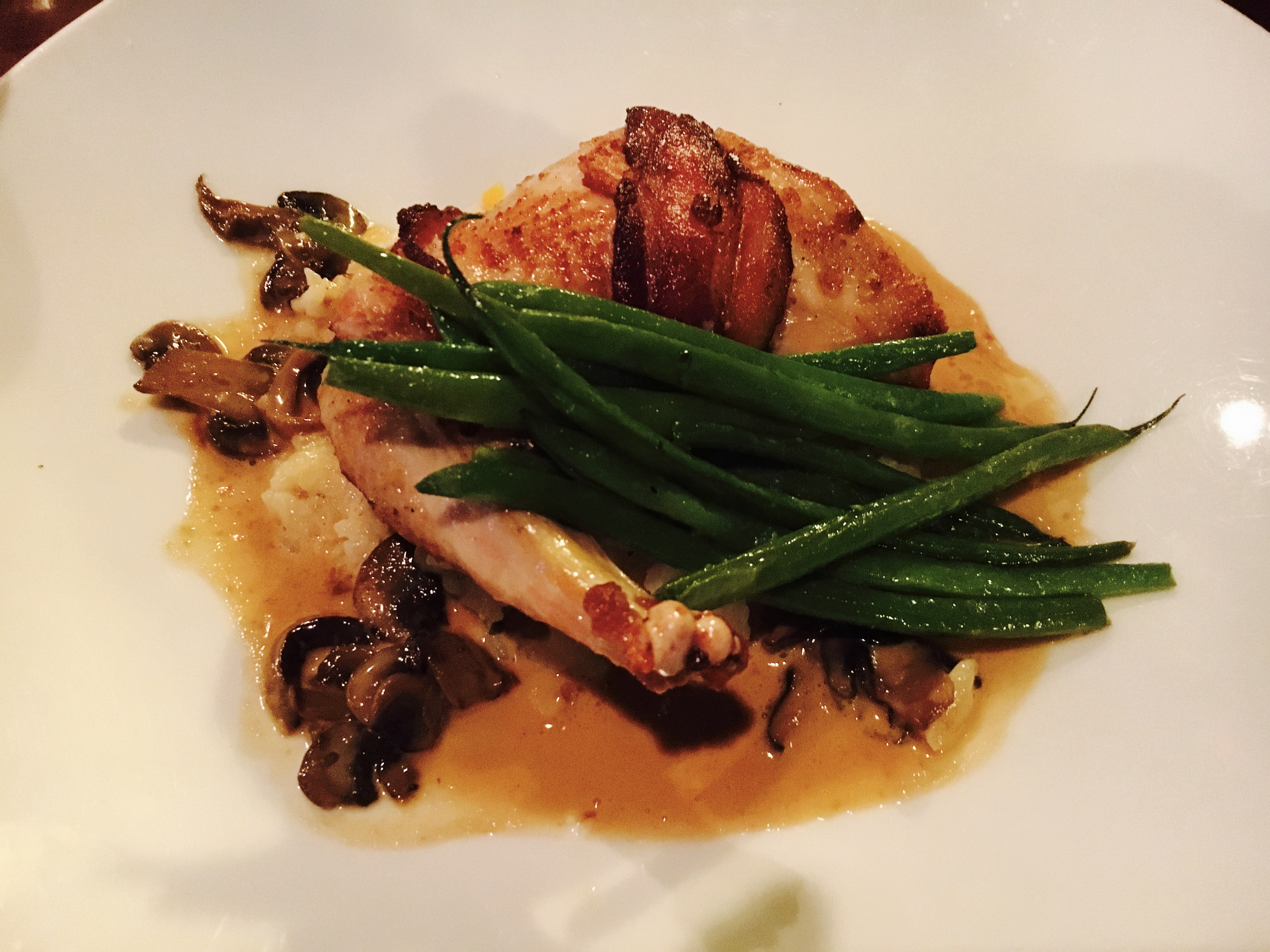 Main courses were delivered next, and we ordered the two the specials offered that evening, Bacon Wrapped Pheasant and a Seafood Mixed Grill. I’m a midwestern girl, and grew up eating wild pheasant often in my childhood. It’s a tasty little treat, succulent, rich and delicious. I so excited to try this dish, and it delivered! Bacon to add fatty-melty-crispy, creamy risotto, perfectly roasted prairie bird, a little taste of divine right on my lips. 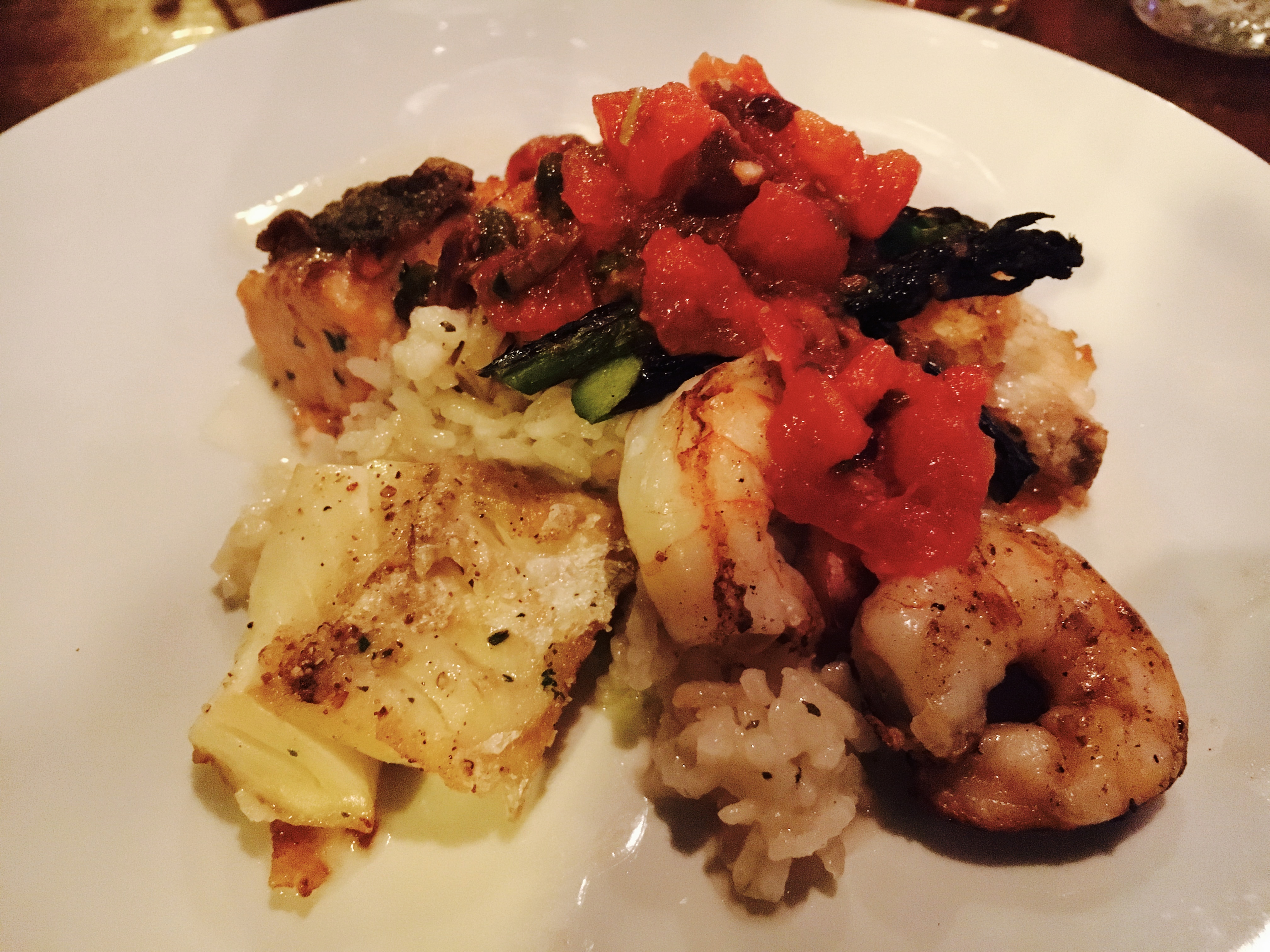 The Seafood Mixed Grill consisted of halibut, sea bass, scallops and shrimp. In the above mentioned survey Blue’s halibut was mentioned several times. I originally had planned on ordering the halibut, but when our waiter described the mixed grill, I couldn’t resist trying this dish. Seafood has a special place in my food heart, and I’m currently going through a shell-fish stage. Add halibut to shell fish and that spells h-e-a-v-e-n. Needless to say, this dish delivered, everything was perfectly prepared and the flavors were exquisite.

We ended our evening with Ciroq Mango Madras cocktails. Several. They are tempting, sweet, make you giddy, and I consider them pimp juice. Bon appetite my friends. 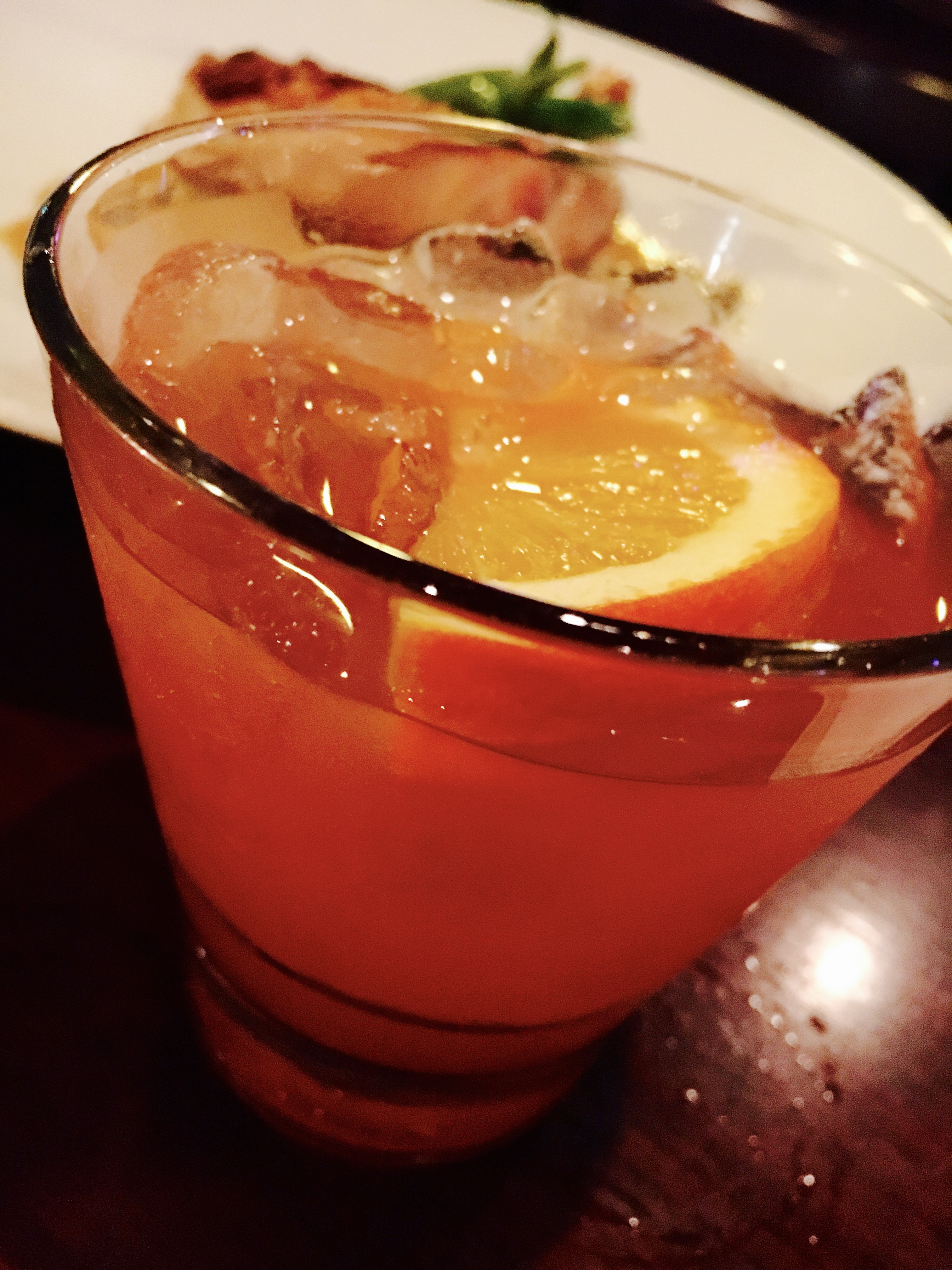